Does your Icom 7300 suffer from low average power output? Don't mod -- try this!

I've owned the Icom 7300 for a year now.  For many months, it bugged me that the 7300's average power output was quite a bit less than my Yaesu FT-950, and the Yaesu FT-891 I purchased after it.  I found myself lucky to peak my MFJ's average power needle at half of what my Yaesu rigs were doing.  Oddly, the PEAK power reading was even slightly better on my Icom 7300, than my Yaesu radios, but the AVERAGE power (and sound level, as verified via DX listening on websdr) was clearly lower.

I read all manner of complaints, met by all manner of wild engineering excuses from Icom fanboys  (followed by deflections toward Yaesu shortcomings) who refused to admit that many owners suffer this problem.  Dare to post about the problem, in any ham-related forum, and you'll start a fight -- usually with several Icom fanboys, joined by crusty old hams, who degrade the conversation by making fun of you as being stupid because "the needle doesn't swing enough."  They'll laugh at you if you don't know what peak power vs. average power is.  They'll degrade you for not knowing how to run a 2-tone test.  If you go to the effort of actually learning how to do one, you'll find your Icom 7300 does just fine.  But still... WHY is the average power LOWER?  It'll drive you nuts.

You've probably read that the slightly older Icom 7100 had this problem too (only verified -- and much worse).  The PEP of the Icom 7100 was indeed much less than 100w.  There are YouTube videos with engineers showing this.  People naturally assumed the 7300 was just following suit.  It made sense.  Some hams began modding the Icom 7300, much like the 7100 was met with mods.  Does this mod work?  Yes, it does.  Does it make the radio, "dirty" on transmit?  I'm not sure I trust it, but I honestly don't know.

If you want to increase your average power output to about 85% of other radios, and still have a clean signal, then all you need to do is rethink a few adjustments.

The problem is with the 7300 is, in my opinion, ALC being too aggressive. I have read that this is because Icom is so concerned with being able to brag about "how clean" the power output of the 7300 is.  Not sure if true, but with the 7300, I learned that "less is more."

To increase your average power out, do the following:

1. Turn off your compressor, temporarily
2. Hit Menu button, then METER
3. Speak as you would normally, setting your MIC GAIN level so that you are peaking around 1/4 to 1/2 absolute max on the ALC -- never more. Shoot for maxing to 1/4, with occasional peaks hitting 1/3, and rarely 1/2.
4. Turn your compression back on again, and set it to between 3 and 5.
5.  My mic EQ settings are -2 bass, and +2 treble (settings near the middle work well, for me on the hand mic).

With these settings, I'm getting a much better average power output, and the audio still sounds clean. Also looks very clean, according to nearby contacts checking it over for scope issues.

The key is never to push the ALC too much, or it gets overly-aggressive, and cuts average power. I'm much happier with my 7300's output now, and it's very clean.  If you are someone who believes in "no compression" or next-to-no compression, then I don't think the 7300 is going to perform that well for you.  That, or you can live with having a somewhat quieter signal, compared to other radios.  Have no worries, in any case.  As long as your ALC is set as above, and compression level % is maxing around 10%, with occasional peaks to 15%, you''ll still sound great on the other end.

So set your ALC wisely, and remember -- less is more.

My Icom 7300 now peaks almost as high as my Yaesu radios, and is cleaner than they are, while doing it.  No, it won't "swing the needle" of average power up to 70 or 100 on the MFJ, like Yaesu radios, but the average will be stronger than before, and still be clean.
at January 14, 2018

The Best Microphones for Teachers 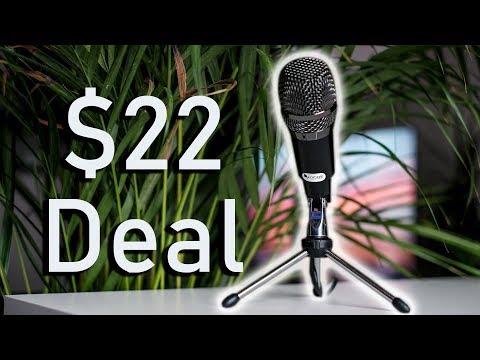